Fitness influencers are often motivational, aspirational, and—let’s be honest—pretty darn attractive. But it’s not always the best idea to follow their advice without first engaging in some little healthy scrutiny. “There’s too much information out there that nobody’s fact checking,” says Katrina Pilkington, a personal trainer certified by the National […]

Fitness influencers are often motivational, aspirational, and—let’s be honest—pretty darn attractive. But it’s not always the best idea to follow their advice without first engaging in some little healthy scrutiny. “There’s too much information out there that nobody’s fact checking,” says Katrina Pilkington, a personal trainer certified by the National Academy of Sports Medicine (NASM). “You have to be your own fact checker.”

Doing background research to vet the content shared by fitness influencers might suck the fun out of following them, but it’s important for your health if you plan to follow their advice. After all, people aren’t qualified trainers just because they’ve got your dream body. “Looks aren’t everything,” says Pilkington. “Someone could  have a six-pack and a heart problem.” They also might not be 100 percent transparent around what they’ve done to get their physique. Think of it this way: Jennifer Aniston has done commercials for Aveeno and Smartwater, but you don’t assume that her entire beauty routine consists of drinking water and applying lotion, right? Apply that same critical thinking to fitfluencers, and take a few beats before copycatting their moves.

How to vet advice shared by the fitness influencers you follow

The easiest thing you can do is check the influencer’s credentials. Pilkington says to see if someone has a master’s degree relevant to the advice they’re sharing. “I’m not saying it completely validates them, but it can be a little more of a credential because it means they’ve had continuing education in their field,” she says. NASM-certified trainer Tony Ambler-Wright—who has a master’s degree in exercise science—refers to this as “foundational knowledge” and also advises keeping an eye out for it.

You might also want to take a look at trainers’ professional certifications. Ambler-Wright says he’s biased towards his own (NASM) type of certification, but he also recommends trainers who are certified by the National Strength and Conditioning Association, American Council on Exercise, or the American College for Sports Medicine.

If someone you follow fails to possess any of the above credentials, says Ambler-Wright, that could be a red flag.

2. Make sure their advice from fitness influencers matches their training

Both Pilkington and Ambler-Wright also note that just because someone is credentialed in one area doesn’t mean you should follow their advice in other disciplines. “The person’s training should align with the advice that they’re providing,” says Ambler-Wright. “One of the things that I think consumers should be wary of is individuals operating outside the scope of their expertise.”

For example, don’t look to a fitness influencer or certified trainer for credible diet advice unless they have additional credentials as a nutritionist or registered dietician. “The nutrition piece is not something that a [non-credentialed] trainer should be touching,” says Pilkington. “They shouldn’t be recommending what you eat or how much you eat, because that’s just completely out of their scope and authority.” And while she admits she may have been guilty of doling out this sort of advice in the past, now that she’s in graduate school for nutrition, she realizes how complicated it is to offer one-size-fits-all advice to a diverse group of people with different medical needs. “You have to be extremely careful,” she says.

Additionally, if someone is credentialed by a specific studio or discipline, Pilkington and Ambler-Wright say it only makes sense to follow advice related to those specific exercises. Ambler-Wright explains that he wouldn’t offer advice on yoga moves, since he’s not qualified to teach yoga, but he does think professionals should know where to send their clients looking for additional help. “As a professional, I would want to be well-versed in what else is out there, just to be aware and guide individuals who are asking me for advice in the appropriate directions,” he says.

Gallery: Here’s What Happens to Your Body During a Panic Attack (ETNT Health)

Pilkington suggests you should also be wary of personal trainers who claim to be able to diagnose your injuries or give advice on what to do about a certain types of pain if they aren’t a trained physical therapist or chiropractor.

Another way to vet information shared by influencers is to look for accompanying citations and sources pointing to research or other forms of expertise from which the information was gathered. And if you want to go the extra mile, you can check those sources, too: Is it just another “expert” without expertise, or is it a scientific study published in a peer-reviewed journal? And if it’s the latter, what was the study size? Digging into the nitty-gritty is time-consuming, but it can be helpful.

4. Note the difference between exercises and training

It’s one thing to offer exercises and another to offer a training program, says Ambler-Wright, who says that it’s important to differentiate between the two. “I don’t think it’s bad to look to social media for exercise ideas because variability, creativity—all of that’s important in keeping somebody engaged and getting them to adhere to a program,” he says. “But exercises don’t equal training. A training program needs to take the individual into consideration, and a person on social media doesn’t necessarily know their followers’ capabilities or limitations.” In other words, just because you’re copying a fitfluencer’s exercise routine doesn’t mean you’re being trained, and it’s unlikely you’ll see the results you would if you were properly training.

5. Be wary of exaggerated claims

On that note, Ambler-Wright advises caution whenever you encounter too-good-to-be-true claims about an exercise or a program’s benefits. “If something’s being described as a magic bullet or the best of anything, I’d be leery of that,” he says.

Just as selfies are filtered, so too is fitness content posted on social media. “The impressions they want you to have are not necessarily reality,” says Ambler-Wright. “They might make batch content where they do days of filming exercises and sequence them in a way that gives the impression that they’re doing it all at one time, in a way that is totally unrealistic for the average person.”

7. Look for dialogue on form and technique

Someone who is trained and responsible, says Ambler-Wright, should be cognizant of form and technique. If you’re following along with a workout and the fitfluencer isn’t narrating proper technique for the moves they’re demonstrating, that’s concerning. You want to hear the expert explaining what they’re doing and how to do it safely to “minimize stress on the body,” he says.

8. Know your own body

To that end, it’s important to keep your own conditions, injuries, or limitations in mind when trying to emulate your favorite fitness influencers. You’ll want to be aware of who the exercises are designed for and whether or not they’re safe for you to attempt. For example, Pilkington notes that it might be unsafe for someone who is pregnant to do exercises that aren’t specifically designed for pregnancy.

You may also not quite be up to the level of the fitfluencer you’re following, and taking on moves or sequences that are too advanced could lead to bodily stress or injury. “If something looks unsafe or risky, then you know it’s probably not a good idea to try it if you’ve never done anything like that before,” says Ambler-Wright.

Last but certainly not least, it might be best to follow the advice of fitness influencers who make it a point to share the setbacks, challenges, and imperfections of their journeys—not just the good news. “Look for them to be authentic and share the reality of what it takes to to get in good shape, and to improve your health and fitness,” says Ambler-Wright. “Anyone that doesn’t talk about the effort it takes to improve one’s fitness… that would be a red flag in my mind.”

15 fitness influencer-entrepreneurs on how they built their followings

Wed Oct 28 , 2020
While gyms struggle to recover from a $10 billion shift away from in-person workouts, a crop of online fitness stars are leading us into digital transformation through virtual training programs and personalized apps. Business Insider compiled a list of 15 top fitness influencers who have become entrepreneurs through their unique […] 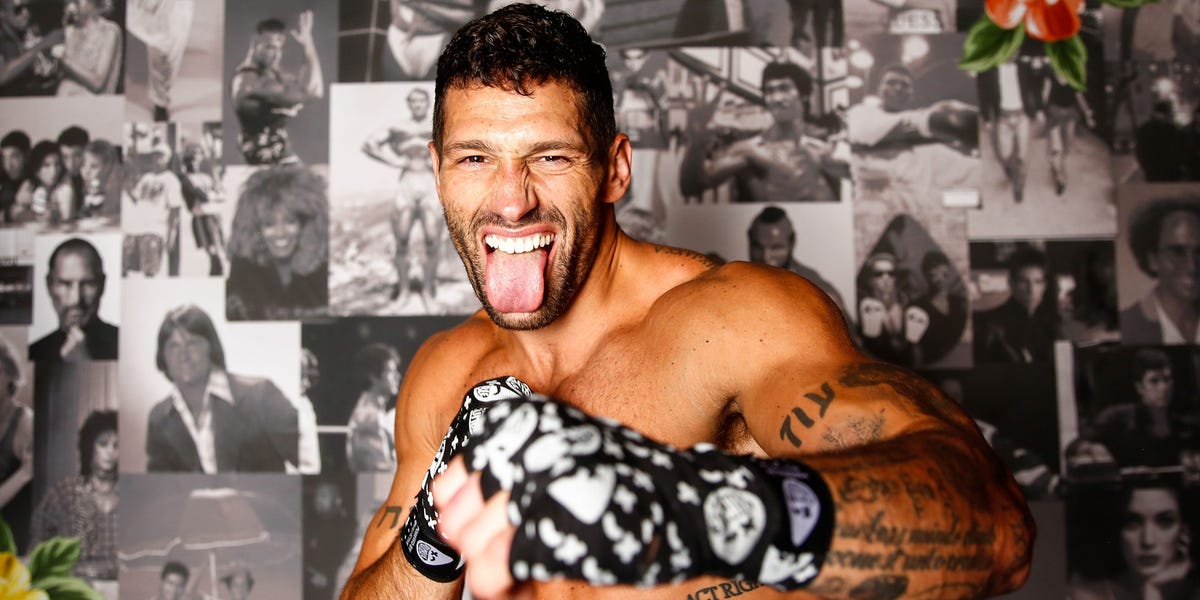