The federal government Monday granted emergency use authorization for the drug, seen as a powerful tool that could save people from developing the worst symptoms of covid-19 until a vaccine against the novel coronavirus is widely available. The federal government has more than 80,000 doses ready for allocation and distribution […]

The federal government Monday granted emergency use authorization for the drug, seen as a powerful tool that could save people from developing the worst symptoms of covid-19 until a vaccine against the novel coronavirus is widely available.

The federal government has more than 80,000 doses ready for allocation and distribution this week, Health and Human Services Secretary Alex Azar said in a briefing Tuesday. The medication “has the potential to save thousands of lives and significantly reduce the disease’s burden on the health-care system,” he said.

The government has negotiated a contract to buy 300,000 doses through December, with an option to buy 650,000 more through June. But that comes as the nation records more than 100,000 new coronavirus cases each day.

Because of the limited supply, the number of doses each state receives will be determined by the number of confirmed cases and hospitalizations in a given week, federal officials said.

For example, this week, Vermont — with among the fewest cases — will receive only 20 doses. Meanwhile, South Dakota, where the virus is spreading uncontrollably, will get 820. Each week’s allocation will be made on a Wednesday.

By allocating the drug this way, officials hope to drive down hospitalizations because fewer patients will progress from mild symptoms to severe illness.

Federal officials said that before they order more medication for next year, they need to see whether hospitals have the staffing and capacity to give patients the drug, known as a monoclonal antibody.

The medication, bamlanivimab, must be delivered by intravenous infusion early in the illness. It is authorized for patients with mild or moderate cases of covid-19, the illness caused by the novel coronavirus, who also are at high risk of severe disease or hospitalization. Risk factors include being older than 65, having diabetes, obesity with different body mass index cutoffs depending on age, a suppressed immune system, and cardiovascular disease or high blood pressure in people over age 55.

But getting the drug to patients is a challenging proposition. It must be given over the course of an hour.

The Trump administration on Tuesday sent guidelines addressing those problems to hospitals and states. A government document on payment policy released last month mentions that providers could give the drugs in “temporary expansion sites, such as an erected tent, a retrofitted convention center, or the beneficiary’s home.”

“This is something we’ve never done before on this scale,” said Jeanne Marrazzo, the director of the infectious-diseases division at the University of Alabama at Birmingham. “You don’t just need the facilities, but the dedicated staffing to administer this drug. And a lot of hospitals are going to be trying to do this at a time when cases are shooting up and straining capacity in their system.”

Because of those challenges, some experts worry whether patients in poor and disadvantaged communities will receive equal access to the drug.

“In some populations, you have half the people who will meet that high-risk criteria, so who you give it to and how you make that decision isn’t clear,” said Helen Boucher, the chief of infectious diseases at Tufts Medical Center in Boston. “The worry is whether black and brown people get access who we know are being disproportionately affected by this disease.”

Because most people recover from covid-19 without serious symptoms, giving the drug to a general population would waste the limited supply. And the medication is not helpful to patients with severe symptoms. The FDA warned that the drug “may be associated with worse clinical outcomes” in people requiring high-flow oxygen or who are on ventilators.

“For this drug to be helpful, we have to identify and reach people quickly, and sadly, nine months into this pandemic, we have a large proportion of the country that still doesn’t have adequate testing capacity,” Boucher said.

Federal officials said they are basing distribution on a strategy similar to what is used for remdesivir, an antiviral drug administered to hospitalized patients. The Trump administration’s rollout of remdesivir was plagued by problems in its early phases. Doctors reported a confusing and unfair process, marred by incomplete medical information.

Some doses went to the wrong hospitals, to hospitals with no intensive care units and therefore having no eligible patients, and to facilities without the needed refrigeration for storage, meaning some doses were returned to the government

On Tuesday, Trump administration officials said they had learned from those mistakes.

“We’re building on lessons learned during remdesivir,” said John T. Redd, the chief medical officer in the office of the assistant secretary for preparedness and response at HHS. For example, allocation decisions could be made in five hours compared with a matter of days during the early days of remdesivir distribution.

Redd said the distribution of the antibody drug would be “fair, accessible, understandable and equitable.”

As with remdesivir, patients will receive the antibody drug free of charge, federal officials said, but their insurance could be charged for the administration of the medication.

Fri Nov 13 , 2020
PHOENIX — For months, Rochelle Chee diligently went to the Phoenix Indian Medical Center for prenatal checkups. She knew a midwife and other staff there well and felt confident in the idea of going to the facility to deliver her first baby, who was growing big, in the 90th percentile […] 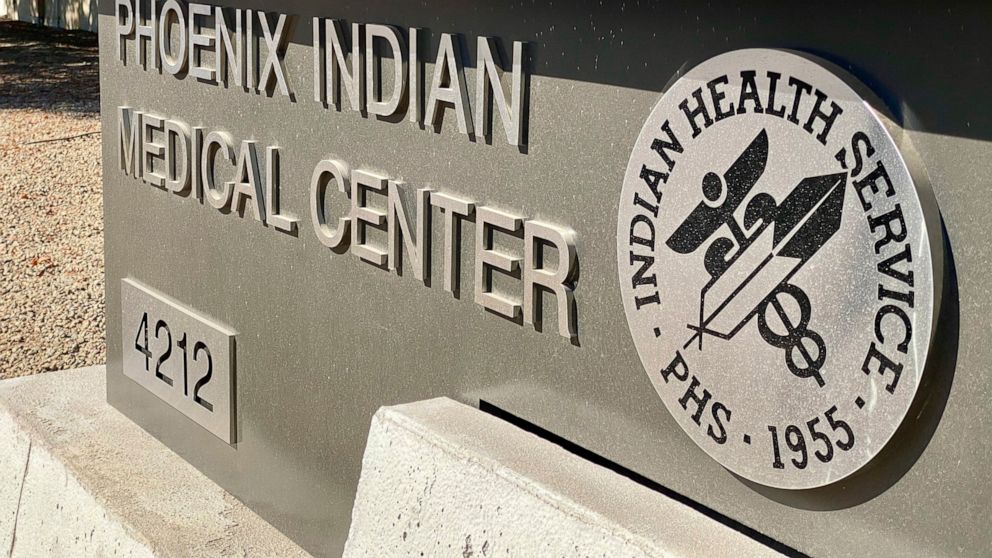