The worst time, he said, was in the weeks after the federal government imposed a sweeping lockdown to contain the disease in late March, when roads were deserted, police made arbitrary checks and roadside restaurants, repair shops and motels were shuttered. But the oxygen he was carrying was saving the lives of thousands of those infected.

“We were on duty,” said the 33-year-old driver with Linde India Ltd, an affiliate of the world’s largest supplier of industrial gases, Linde Plc. “It’s not like we could just give up and go home.”

With India’s COVID-19 infections surging since March and many patients struggling to breathe, hospitals have scrambled to secure supplies of medical oxygen, increasing pressure on people like Yadav and companies like Linde to deliver them in time.

The government says demand for medical oxygen has jumped four times to about 2,800 tonnes a day, prompting some states to restrict movement of the commodity from local factories to other regions. Around half of the total liquid oxygen production in India is now being used for medical needs, up from only 15% earlier.

Linde, which competes with nearly two dozen oxygen suppliers in India, including France’s Air Liquide, has responded by tweaking its production lines away from industrial gases like nitrogen and argon, company officials told Reuters.

It has also deployed its entire fleet of trucks, bringing back even grounded vehicles, to deliver medical oxygen to hospitals across the country, many of them in the hinterlands with limited storage capacity.

“Despite the limitations, there has not been a single stock-out situation for our partner hospitals,” Linde India said.

Still, as infections peaked in India in mid-September, hospitals in some parts of the country were left gasping for oxygen.

The government says supplies have since stabilised. It has also floated a global tender to import 100,000 tonnes of oxygen. Linde said it is considering shipping in the commodity, besides bringing additional containers, from its facilities outside the country.

India has the world’s second highest number of confirmed coronavirus infections at more than 8 million, behind only the United States.

But India’s deaths-per-million people ratio of around 88 is one of the lowest in the world among hard hit countries, and the government has said getting oxygen to critical patients in time has played a key role.

Linde India’s factory in Selaqui, at the foot of the Himalayas in northern India, is set up to produce 154 tonnes of oxygen daily, but since the pandemic, the facility has churned out up to 161 tonnes.

It helped that industrial demand itself had come down because of the lockdown, though the reopening of the economy could change that.

To ship the oxygen to hospitals – the furthest is 680 km (420 miles), a two-day drive away – and two regional depots, the factory depends on a fleet of 33 container trucks and a pool of 66 drivers.

Then, its drivers discovered that all the roadside restaurants and motels where they would stop for a meal or a night’s rest were shuttered. So the factory’s small canteen provided them with packed meals, along with biscuits and dry fruit.

Despite masks and protective gear, drivers also worried about catching the virus when they had to spend hours inside hospital compounds, transferring liquid oxygen from their vehicles to storage tanks, sometimes located next to mortuaries.

Now, with India’s daily coronavirus cases dropping, there is some comfort among Linde officials and its frontline drivers.

But experts have warned that coronavirus cases may surge during the winter, again putting pressure on medical infrastructure, including oxygen supplies, even as industrial use of the gas picks up.

And despite a challenging seven months on the highway, drivers like Yadav said they were prepared for more. 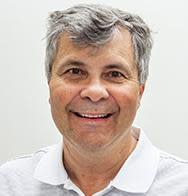