My wife, an educator and licensed psychologist, often helps social services programs better educate their clinicians and clients on working with trans and gender nonconforming kids. Most participants, some who entered skeptically, walk away with misconceptions dispelled and stereotypes dismantled. That’s not an easy process. It’s difficult to learn information […]

My wife, an educator and licensed psychologist, often helps social services programs better educate their clinicians and clients on working with trans and gender nonconforming kids. Most participants, some who entered skeptically, walk away with misconceptions dispelled and stereotypes dismantled. That’s not an easy process. It’s difficult to learn information that challenges your core beliefs, even if that information is verifiably correct. Changing your beliefs based on new understanding is even harder.

Over the last year, transphobic assaults on childrens’ hospitals providing gender-affirming health care to trans and non-binary kids have escalated with alarming frequency. Individuals with self-defined ‘good’ intentions but little facts have cyberstalked, harassed and threatened the lives of physicians and healthcare providers who support trans and nonbinary youth. In their minds, it is a war on ‘groomers’ and such acts are justified.

The reality of gender-affirming healthcare for trans and nonbinary is mundane compared to the hysteria surrounding it. Contrary to the popular right wing media spins that inculcate the ‘war on groomers’ rhetoric, kids are not being mutilated, ‘groomed,’ or forced to undergo ‘sex-change operations.’ They do receive evidence-based practices proven to dramatically improve quality of life and reduce rates of depression and suicide.

Gender-affirming care consists mostly of social transitioning (change of pronouns and dress, for example) and, crucially for many young teens and pre-teens, puberty blockers. Hormone replacement therapy, if selected, usually begins between 14-16. Surgical options are exceedingly rare under age 16.

While many people fixate exclusively over the last two options, puberty blockers are perhaps the most misunderstood. This is unfortunate because puberty blockers, known as gonadotropin-releasing hormone (GnRH) analogs, provide the one medical treatment that gives everyone exactly what they want: more time and minimal consequence.

Puberty blockers are often incorrectly conflated with hormone replacement therapy. In fact, they are the opposite. Puberty blockers do exactly what their name suggests: delay the onset of primary and secondary sex characteristics developed with the onset of puberty. They inhibit the production of sex hormones, allowing the child to avoid the physical changes of puberty while transitioning socially. For many trans kids, the onset of a puberty that does not match their gender is a horrifying, traumatizing experience that never ends.

Critics arguing against puberty blockers often point to potential long-term effects as evidence they should be avoided. Indeed, there are risks associated with prolonged years of use (loss of bone density, for example), but puberty blockers are not long-term solutions. Ironically, without puberty blockers, permanent consequences will happen in the form of — wait for it — puberty.  Electing not to use puberty blockers for kids who would benefit from them is a permanent and irrevocable course of (in)action. It forces trans/nonbinary kids through irrevocable change that does not coincide with their gender.

Perhaps unsurprisingly, puberty blockers have been prescribed for years to treat cisgender children with precocious (early-onset) puberty with little controversy, and it is only their use in delaying puberty for trans children that receives such vitriolic pushback.

Puberty blockers provide a neutral window of two to three years for a trans kid (and their family) to better educate themselves on long-term evidence-based options. They also allow time for the trans youth and their family to deal with their own internal biases and emotional reactions forged from the transphobic culture in which we find ourselves currently. They grant time.

Not every trans or nonbinary kid even wants or needs puberty blockers; many kids do not experience the gender dysphoria that necessitates their usage. The decision to use them belongs to the child and their parents and healthcare providers, not to legislators who choose to sacrifice a marginalized population to garner votes from an uninformed base.

Having strong feelings about puberty blockers or any gender-affirming health care for trans kids is understandable given the entrenched cultural roles and power dynamics we assign to gender. We also tend to use ‘protecting children’ as shields for our own biases (see Anita Bryant’s “Save Our Children” campaign that demonized the gay community in the 1970s). Yet acting on strong feelings without legitimate understanding of facts, context and research can yield horrifying and deadly consequences. We must stop demonizing what we do not understand and start learning, even if it is difficult.

Especially if it is difficult.

Ty Warren is a senior instructor at the University of Oregon and an active proponent for trans rights and regular contributor to The Register-Guard. He lives in Eugene.

Employers Are Looking at New Options for Early Retiree Healthcare

Sun Oct 16 , 2022
retiree healthcare Healthcare is one of the biggest expenses for many Americans, especially those who are retired. While retirees who’ve reached age 65 are able to use Medicare, people waiting for that age are reliant on either paying for personal insurance or, hopefully, getting it through their company. With costs […] 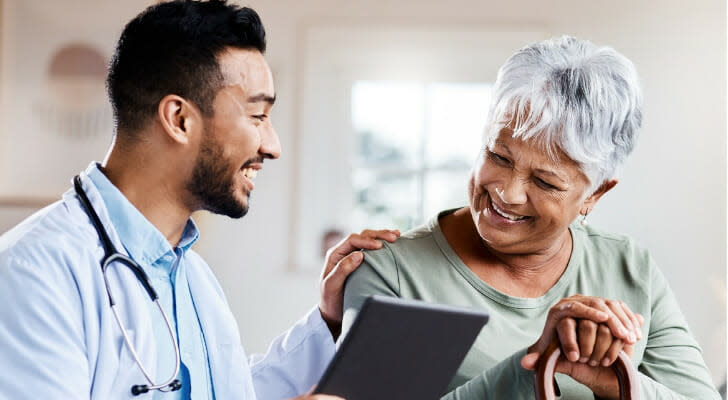