You might say Dr. John Mason was a quick study upon his arrival in St. Charles in 1987 when adding his name to the dental practice of Dr. John Dickens on the east side of the city. He absorbed a lesson he knew he was cut out for, in learning […]

You might say Dr. John Mason was a quick study upon his arrival in St. Charles in 1987 when adding his name to the dental practice of Dr. John Dickens on the east side of the city.

He absorbed a lesson he knew he was cut out for, in learning about the various organizations and causes throughout the area that needed volunteers.

Mason credits former TriCity Family Services board president Pat Crull with giving him an idea of how the agency operated and how area volunteers helped various organizations.

“She encouraged me to get involved (with the agency), and that relationship started in the 1990s and continues to this day,” Mason said.

Mason has carried that love of helping others to this moment, and it has earned him TriCity Family Services’ 36th annual William D. Barth Award for community service.

“The description of the Barth Award and its focus on community giving is meaningful, and I recognize many recipients with whom I have much respect,” Mason said during a virtual recognition announcement Wednesday night. “Personally, I understand to be recognized in this way, there is a supporting cast of mentors and advocates. My parents and grandparents were exceptional mentors, and I witnessed their giving hands in all areas of community giving.”

Mason came to St. Charles after completing his dental degree at Northwestern University and a residency at Charity Hospital in New Orleans. In the past 33 years, he has compiled an impressive list of community commitments — the American Cancer Society, Bunco for Breast Cancer, Dentist with a Heart, Feed My Starving Children, Hands of Hope board, Knights of Columbus, Lazarus House, and Living Well Center. In addition, he’s been involved in St. Pat’s Emerald Evening, the St. Charles East Kick-a-Thon, Special Olympics, St. Charles Makes a Difference, St. John Neumann Catholic Church, St. Charles Education Foundation and being a TCFS board member.

“Almost every day, I meet someone who is very giving in what they do, and it is an inspiration,” Mason said. “The relationships I have developed through TriCity Family Services, Lazarus House and Tri City Health Partnership has nurtured friendships and sincere advocates.”

Those advocates throughout the years “have been instrumental, I know, in this award coming my way,” Mason added. “It is with deep thanks to all of you, I accept the award and sincerely appreciate it.”

When starting a journalism career as a prep sports writer, you have to rely on athletic directors and coaches to cooperate and provide insight that can help the rest of your career.

I was lucky to have that in the Tri-Cities area, and that’s why it’s always sad to see these coaches from years ago pass away.

I didn’t see Bob during his retirement years as much as when he was finishing his coaching stints. He completed an 11-year run as head basketball coach in 1980, a couple of years after I started writing sports for the newspaper.

But I did see him at many games and the Geneva Hall of Fame ceremonies, one of which was honoring him.

But in 2013, the event feted the 1963 basketball team that made it to the Elite Eight in Champaign. Schick was an assistant coach on that team, and he told me he was having a great time that weekend seeing the former players and reliving that glory year.

“How many teams can win 28 games in a row?” he asked me that night. “And we were a small school, with 400-some students, and we were playing much larger schools.”

Beyond the basics of putting together a team of outstanding players at the right time, the answer to Schick’s question about the win streak could be answered another way: It took having people like Bob Schick associated with the school to help these kids succeed in sports and life.

He did it as well as anybody. 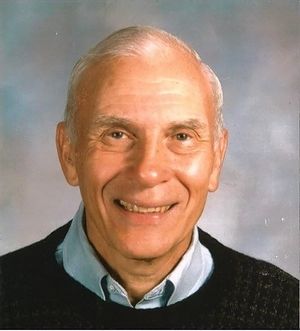 Bob Schick, former Geneva athletic director and coach, recently passed away at the age of 90.

In the same week as Bob Schick’s passing, I was saddened to hear of Wes Lukowsky of St. Charles’s passing.

He worked for me as a freelance sports writer in the late 1970s and early ’80s.

Lukowsky was a clever writer and understood the games he was watching, having been a prep athlete at St. Charles, playing basketball for the late Ron Johnson.

We had a great time going to tournaments and talking about the games afterward.

It makes sense that the last time I saw him was about three years ago — at a St. Charles East basketball game. It was fun to catch-up on things in our lives and also share our analysis of the current team.

His choice for a joyous afterlife would be fairly simple: He’d want to reunite with his late wife and, of course, enjoy a basketball game.

We probably don’t hear about these people as much as we should. They do plenty of great things on behalf of children and their families, and recognizing them for those efforts is fitting.

The Changing Children’s Worlds Foundation of Geneva has a year-round mission to assure every child is nurtured through loving families, caregivers or professionals in “peaceful communities.”

So, it’s an organization that knows a champion of this cause when it sees one.

As it does each year, the organization recently honored its Champions of Empathy, citing individuals supporting the foundation mission or creating programs that help kids and their families.

One example is the “Best Start for Families” parenting program sponsored by the Kane County Sheriff’s Office that focuses on family skills and protective relationships. It teaches how to have meaningful conversations with your children, the importance of having dinner together and how to spend quality time with each other.

Changing Children’s Worlds Foundation applies the International Child/Parent Development Program as it works to reach its goal of helping kids and their families.

The chill in the air and even the prospect of ice and snow shouldn’t deter area golfers.

They have another option to keep practicing when the weather isn’t cooperating, no matter what season.

These businesses have advanced quite a bit over the years, to the point where you can play a virtual round in one of the hitting bays.

Players can rent practice bays for 30 minutes and add 30 minutes as needed. A private event area is also available to rent.

Americans have a choice: Socialized medicine or health care freedom

Wed Oct 28 , 2020
As an emergency room physician and cancer survivor, I understand that each minute counts in a medical emergency. And as our nation chooses a direction on health care this November, we need to remember the realities that follow from government-run socialized medicine — increased taxes, longer wait times, delayed care […]