People with compromised immune systems face a new winter of discontent as the ever-mutating omicron virus threatens to outrun the preventive monoclonal antibody cocktail that hundreds of thousands of them have relied upon for extra protection against Covid. Troubling recent reports reveal the emergence of new omicron subvariants that not […]

People with compromised immune systems face a new winter of discontent as the ever-mutating omicron virus threatens to outrun the preventive monoclonal antibody cocktail that hundreds of thousands of them have relied upon for extra protection against Covid.

Troubling recent reports reveal the emergence of new omicron subvariants that not only evade AstraZeneca’s Evusheld, the antibody drug authorized to prevent Covid infection, but also the sole antibody drug that has retained effectiveness as treatment for Covid, Eli Lilly’s bebtelovimab.

“It scares the hell out of us,” said Minneapolis area resident Mimi Razim-FitzSimons.

Her daughter, Laura, 23, has a rare autoimmune condition that caused her to need a new kidney. Laura is highly immunocompromised by drugs used to prevent transplant rejection. Doctors have cautioned that should Laura get Covid, this could aggravate her autoimmune disease and lead to catastrophic kidney damage.

Evusheld is a long-acting antibody injection given every six months that studies have suggested provides a robust buffer to the immunosuppressed. An Israeli study of this population published July 29 found that Evusheld was associated with half the incidence of coronavirus infection and a 92% lower likelihood of hospitalization or death.

From freedom to facing a lonely life

The dual-antibody cocktail, medical experts lament, has actually been vastly underused in the U.S. An estimated 7 million U.S. adults are immunocompromised. But since Evusheld received its emergency authorization in December, only 582,361 doses have been administered — many of them likely second doses — according the Administration for Strategic Preparedness and Response.

For people like Laura, who allowed her mother to speak on her behalf because she has a speech disability, Evusheld’s added layer of protection has afforded them at least a modicum of freedom.

This year, Laura has emerged for the occasional movie or meal out, as well as much needed trips to the dentist and to see her primary care physician. Having been relegated to attending college online for her art degree, she was even hoping to transfer to an in-person university experience.

“Every bit of that is off the table if we don’t have protection from what’s coming down the pike,” Razim-FitzSimons said.

For now, immunocompromised people are anxiously watching the pandemic forecast to see if the subvariants that research indicates evade monoclonal antibodies will become predominant.

On Wednesday, the National Institutes of Health’s Covid-19 Treatment Guidelines Panel issued a statement that the prevalence of these subvariants “is currently low or moderate.”

Epidemiologists worry that Evusheld in particular could provide little protection within a month or two. The Centers for Disease Control and Prevention reported Friday that the strains that are apparently resistant to Evusheld or bebtelovimab have been steadily increasing in the U.S.

Alarm has been growing over another subvariant, called XBB. A preprint paper out of Peking University in China posted last month and updated Oct. 4 found that the XBB subvariant evaded both Evusheld and bebtelovimab.

XBB, the World Health Organization reported Wednesday, is apparently “the most antibody-evasive” version of the virus so far and has been reported in 26 countries. About half a percent of U.S. sequences were XBB as of about two weeks ago, although the proportion is approximately doubling weekly, according to GISAID, an international database of influenza and Covid viruses. (XBB isn’t yet listed in the CDC’s variant tracker.)

Other treatments, vaccines as protection

The NIH panel continues to recommend Evusheld. It also still recommends bebtelovimab for nonhospitalized people at risk of severe Covid but only if Pfizer’s Paxlovid antiviral pills or Gilead Sciences’ intravenous drug remdesivir are not options. The NIH scientists further assert that the pair of antivirals, as well as Merck’s molnupiravir, will remain active against the monoclonal antibody–resistant subvariants.

Each of these three antivirals, however, has major drawbacks as a safety net for immunocompromised people.

Paxlovid can interact dangerously with other medications that many immunocompromised people rely upon, especially organ transplant recipients. The oral medication molnupiravir provides only modest protection against Covid. Remdesivir requires three consecutive days of an up to two-hour intravenous infusion, a difficult and inconvenient procedure for many patients.

For Steven Weitzen, 63, who has a transplanted heart, taking Paxlovid could require safety monitoring by his transplant center in Manhattan. Such a visit typically requires a three- to four-hour round-trip drive from his home in Randolph, New Jersey.

Dr. Jonathan Li, a virologist at Harvard Medical School, said that questions also remain about whether the standard five-day course of Paxlovid is reliably long enough to fully clear the infection, particularly among immunocompromised people.

The patient advocacy group TRAIPAG (for those who are transplant and immune compromised), led by Janet Handal, has urged the federal government to increase the number of health care centers offering remdesivir on an outpatient basis and to prod insurers into covering the drug without prior authorization.

Vaccines are still expected to provide moderate overall protection for the immunocompromised population. On Thursday, the CDC published results from a study finding that Covid vaccines given during the omicron wave lowered the hospitalization risk in this population by 32% to 67%, depending on the dominant subvariants at the time, the number of vaccine doses received (two to four) and the amount of time since the last shot.

Otherwise, immunocompromised individuals and their health care providers are looking to the Covid treatment and prevention pipeline, which includes experimental antibodies from various companies. However, they are likely many months to more than a year away from being authorized for use.

Dr. Natasha Bagdasarian, Michigan’s chief medical executive, said that the modest uptake of Evusheld was a concern on this front, as is Congress’ resistance to more Covid funding.

“If fewer people are prescribed Evusheld,” she said, “there’s less incentive for drug companies to start developing newer therapeutics. Unless the federal government incentivizes production of the next drugs, we could be in a place where we don’t have anything to fill the gap for the drugs we’re losing.” 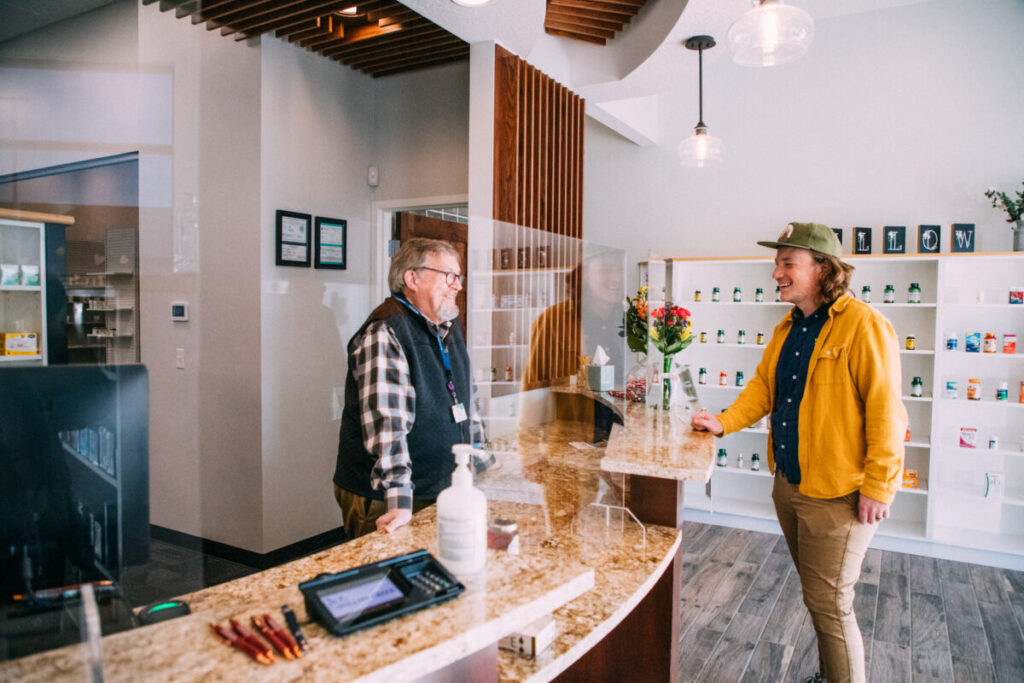