A Florida State University dean reprimanded a high-ranking chair within the College of Medicine after an investigation into sexual misconduct complaints by the school’s Office of Equal Opportunity and Compliance. © Hali Tauxe/Democrat Florida State University’s College of Medicine. In separate interviews with lead investigator Amber Wagner, an FSU human […]

A Florida State University dean reprimanded a high-ranking chair within the College of Medicine after an investigation into sexual misconduct complaints by the school’s Office of Equal Opportunity and Compliance.


In separate interviews with lead investigator Amber Wagner, an FSU human resources administrator, three women who worked at the college reported what they perceived to be unwelcome sexual advances from Dr. Leslie Beitsch, chair of Behavioral Sciences and Social Medicine at the College of Medicine.

Each woman alleged Beitsch touched their thighs while sitting down at various outings. According to the investigation, there was no “collusion” between the women.

The USA TODAY NETWORK–Florida, which recently learned of the year-old case, requested comment from Beitsch multiple times over the course of a week. He has not responded.

Beitsch, who has a medical degree from Georgetown University School of Medicine and a Harvard Law degree, has been with FSU since 2003. Renowned in the field, Beitsch is also the former deputy secretary of health at the Florida Department of Health, has held various positions at the department and sits on several committees. He is also the former commissioner of health for the State of Oklahoma.

“FSU conducted a full investigation into the allegations and took disciplinary action against the employee as a result,” FSU spokesman Dennis Schnittker wrote in a statement. “The employee was found responsible for a violation of university policy after a thorough and unbiased investigation by the Office of Equal Opportunity and Compliance.”


In an October 2019 written reprimand, College of Medicine Dean John Fogarty wrote the matter “should not be taken lightly,” directed him to a sexual misconduct training session and said a recurrence would result in further disciplinary action.

Schnittker said the investigation was not filed under Title IX, a part of federal law that prohibits sex discrimination and sexual misconduct against students, employees and visitors in educational institutions that receive federal funding, including FSU. The investigation, however, was performed by Wagner, who is also the university’s deputy Title IX coordinator, and the complaints pertain to sexual misconduct and harassment.

Her report, recently provided to the Democrat by a source close to the case, contains a letter of reprimand, transcripts of the interviews with the women, the dean and associate dean, and with Beitsch himself.

Beitsch says he ran his fingers through a woman’s ponytail

In July 2019, a woman who works in a department housed in the same office as Beitsch reported that he asked to meet her for a beer at a local pizzeria one evening after work. She agreed, thinking he was asking to meet to discuss a potential job vacancy or other work-related matter.

In her interview with investigators, the woman stated her relationship with Beitsch was “strictly professional.”

But while sitting at the pizzeria’s bar, she explained, Beitsch moved his bar stool close to hers so his knees were touching her legs. Then, she alleged, he rubbed the hem of her kimono cardigan, touched her thigh multiple times through the course of the evening, such as rubbing his finger on the side of her thigh, and ran his fingers through her hair.

The touching occurred throughout the “entire” hour-long meeting, she said. In her formal complaint filed July 19, the woman said she “was scared and felt violated” and that she felt “uncomfortable approaching him directly because of his position of power.”

The woman said she was “shocked,” “felt very disrespected,” and tried to tell him to stop by using body language. When Wagner asked why she didn’t tell him to stop verbally, the woman cited fear stemming from his position. She pointed to his prestige in the College and fear that she would lose her job if she “disrespected” him.

© Tori Schneider/Tallahassee Democrat
A view between the FSU psychology building and the College of Medicine.


“His is a place of power … and with his advances, I was scared and felt like I almost had to sit there and take it because I didn’t know what would happen if I didn’t,” she said.

The next day, she added she was shocked to find him standing in her office.

When Wagner interviewed Beitsch, he denied showing up in the woman’s office.

“I don’t think I had one (an interaction) the next day,” he told Wagner. “I did not go to her office that day. I just teased her about something she was doing. … I can’t even remember what I said … I think I said, ‘are you making a mess?’ And it was nothing… just a tease.”

He also denied touching her thigh, but did admit to running his fingers through her ponytail, the summary reads. He said he complimented her hair, saying it was “very attractive” after he claimed she said her hair was “awful.”

“Now I realize that may not have been something that she appreciated,” he said.

Encounters date back to 2014, others report

One occurred at a department gathering at a local wine bar in spring 2014. The third happened in 2016 when Beitsch attended an out-of-state conference in the same city as a former FSU colleague. He contacted her and asked to meet for dinner. She agreed, thinking it would be a professional outing. At the dinner, the woman said Beitsch “slowly put his hand under my thigh.”

He then said he wanted to show her the skyline view from his hotel room. She reluctantly agreed. In the elevator, she told the Democrat, he put his arm around her waist.

“I had had great respect for him; I was hugely disappointed in his behavior,” she told Wagner.

Investigators asked Beitsch about the similarities between the three women’s reporting of the events, specifically the thigh-touching.

“Why would each allege such?” Wagner asked. “Do you believe they all are being dishonest?”

Beitsch replied he did not think they were being dishonest.

“It may have been a misunderstanding of the social circumstances on my part,” he said. “There was no intent to place my hand on anyone’s thigh, and certainly not to make them uncomfortable.”

Incidents ‘support a pattern of behavior’

In the report, dated Sept. 11, 2019, Wagner wrote the investigation found “no indication of collusion” between the women.

“The statements of two other females affiliated with the College of Medicine, who both attested to nearly identical unwelcome encounters with Dr. Beitsch, severely diminish Dr. Beitsch’s credibility and support a pattern of behavior,” the investigative report said.

The university found the allegations in violation of the university’s Sex Discrimination and Sexual Misconduct Policy, substantiated under the grounds of a conflict of interest due to Beitsch’s institutional authority in the college and the women’s subordinate work positions.

“A subordinate or student in such a relationship may feel unable to freely decline or end the relationship,” FSU’s sexual misconduct policy states.

The policy also prohibits “romantic or sexual relationships in which one party maintains a supervisory or evaluative role” over the other. It says there is “an inherent conflict of interest between making sexual overtures and exercising supervisory, educational, or other institutional authority.”

Though not a direct supervisor, his superiority over them because of his role in the College demands a high level of professionalism, the investigators explained.

Despite finding substantiation to the women’s claims, Wagner also wrote that another allegation of a hostile work environment was not substantiated, that the incidents were not “pervasive” enough, despite the first woman’s complaint of feeling uncomfortable and afraid to go to work after her encounter with Beitsch at the pizzeria.

In his reprimand, however, Fogarty said the incidents “still created, at a minimum, an uncomfortable work atmosphere and (were) completely inappropriate….”

Reach Nada Hassanein at [email protected] or on Twitter @nhassanein_.

Never miss a story: Subscribe to the Tallahassee Democrat.

Wed Nov 25 , 2020
If you want to strengthen your core, improve your balance, and work out from home — all in front of a good TV show — look no further than the Gradient Fitness Wobble Board ($30). I’ve had this piece of exercise equipment for the past two years, and it remains […] 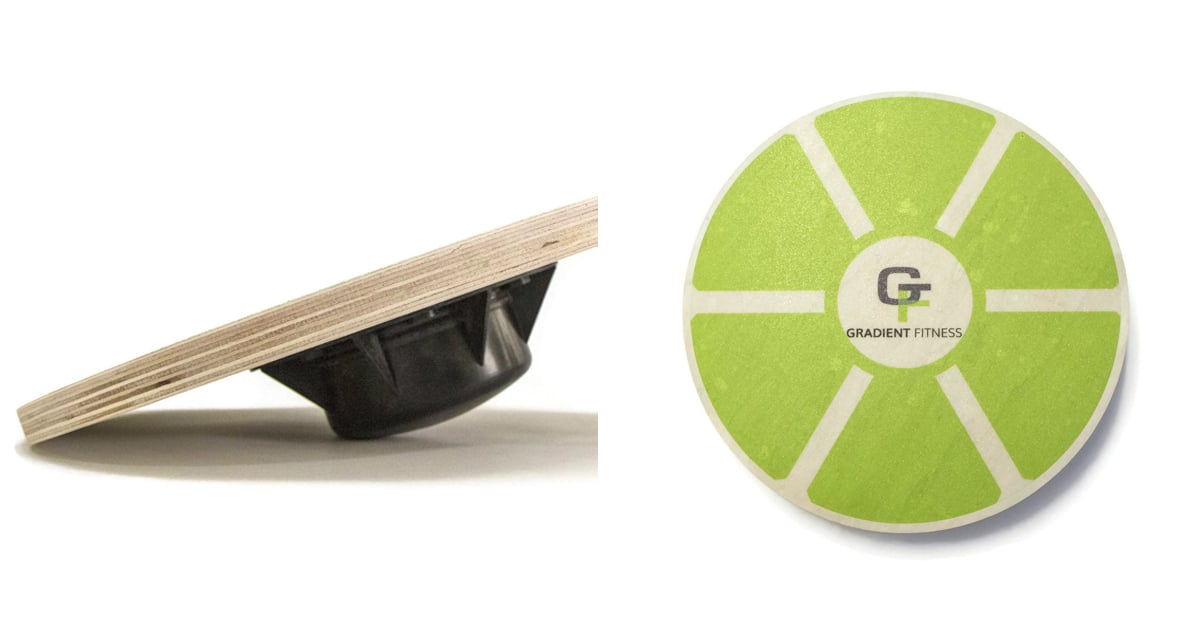