Twenty-four-year-old line cook Maddy Vine has worked in a variety of different restaurants: French, Mediterranean, Italian.  What most had in common, she said, was a lack of health benefits, which often left her skipping the dentist and avoiding filling prescriptions.  In a physically demanding job  — Vine says she developed […]

What most had in common, she said, was a lack of health benefits, which often left her skipping the dentist and avoiding filling prescriptions.

In a physically demanding job  — Vine says she developed carpal tunnel syndrome at age 19 — she says that doesn’t seem fair.

“For an industry that’s all about taking care of other people, it doesn’t make sense to not take care of your employees,” said Vine.

Her current employer, D.O.P. – an Italian restaurant in Calgary’s Beltline neighbourhood – is among those bucking the trend.

This summer, owner Antonio Migliarese started offering health and dental benefits to staff after a three-month probation. Migliarese, a former server, says the move was in part because he felt it was the right thing to do – and in part a way of attracting and retaining good people.

“I think it makes it very appealing to work in a place that cares enough to provide health care,” said Migliarese, who owns another restaurant, Pizza Face, where the policy also applies.

Migliarese isn’t alone. Amid an unprecedented labour shortage, a small but growing number of restaurant owners are expanding health and dental benefits to workers — an indicator of the lengths businesses are taking to attract good employees and convince them to stick around.

Even before the pandemic, Restaurants Canada says the industry was short about 60,000 people. These days that number is closer to 170,000, according to Mark von Schellwitz, the association’s vice-president for Western Canada.

While the association doesn’t track how common benefits are in the industry, von Schellwitz said he’s heard anecdotally that a number of restaurants are offering them for the first time.

Without enough people to work, many restaurants are still running reduced hours or have closed certain days of the week, he said.

“At the same time they’ve got to generate those revenues in order to pay back those debts [they incurred during the pandemic], so that’s been a big challenge for the industry,” said von Schellwitz, who said a large number of restaurants are also boosting wages to entice people back.

There have always been some owners that offer benefits and other perks, but restaurant researcher Bruce McAdams said the current labour shortage has pushed more to offer higher pay, education subsidies and, increasingly, health and dental benefits for employees who don’t occupy salaried, management-level jobs.

“It has been very uncommon in the past and it is becoming more common now,” said McAdams, an associate professor in the school of hospitality, food and tourism management at the University of Guelph.

“This existential crisis now of a shortage in labour is forcing employers to be more competitive,” he said.

If more employers go down this path, McAdams predicts benefits will become more of a norm within the industry.

‘We hope it will set us apart’

Restaurant operators who offer these plans describe it as both a matter of principle and a business decision.

At Calgary’s Concorde Entertainment Group, it’s been “more difficult” these days to attract and retain staff in the wake of a COVID-19 industry exodus, said Jon Molyneux, the company’s vice-president of operations.

In July, the company — which owns 21 establishments — introduced extended health and dental benefits for employees who work more than 32 hours a week, along with an employee and family assistance program that offers short-term counselling.

“We hope that it will set us apart from other companies,” said Molyneux, whose group’s restaurants includes Model Milk, Major Tom and Double Zero. “More importantly [it’s] to make sure that our current and future employees are very well supported.”

The Concorde group has about 1,200 employees. Roughly 400 meet the threshold for benefits, and all workers can use the employee assistance program, he said.

Workers vs. bosses: Battle of a shifting job market

Workers who’ve left demanding jobs and employers who can’t find enough staff come together for a frank conversation about what’s fuelling an unprecedented shift in the global labour market.

At Buon Giorno, another Calgary restaurant that’s been around more than 30 years, restaurant owner David Harrison is offering health, dental and vision benefits for employees who work more than 20 hours a week, which he said is the minimum required by carriers. Harrison, who purchased the restaurant about three years ago, hopes the move will help reward and retain existing staff and, as they begin to retire, attract new ones.

“You’ve got to do your best to make sure that you’ve got, you hope, the best people and the people that are going to be happy and provide good service and good experience for our guests every day,” said Harrison.

In Toronto, Big Hug Hospitality, which operates Mimi Chinese and Sunnys Chinese, also offers health and dental benefits to employees who work more than 35 hours a week, according to the group’s co-owner and executive chef David Schwartz.

“It means people are happy,” said Schwartz, whose restaurants have been open for one year and for two-and-a-half months, respectively.

“The costs associated with it, I think, are far and away worth it in relation to what we get out of it.”

Of course, there are costs associated with offering benefits or other incentives, especially at a time when restaurants are already dealing with rising prices for many staple ingredients such as vegetable oil and meat.

That can mean a certain amount of sticker shock on the menu, though owners say customers have been willing to pay if they wind up with a good meal and a good experience.

“We are not shy to raise our prices, but the point of it being, we have to back up what our price is,” said Migliarese.

Corey Mintz, author of the 2021 book The Next Supper: The End of Restaurants as We Knew Them, and What Comes After, said this shows a long-held idea in the industry — that restaurants can’t raise prices without losing customers — isn’t always true.

“The reality right now is everybody is in the same boat, everybody has their prices rising across the board and they have to, in turn, raise their menu prices,” said Mintz, a Winnipeg-based food author and former cook.

“They’re finding that their clientele is able to bear it, at least for now, until we enter another recession.”

It’s generally easier for larger businesses than independent ones to bring in benefits and other changes, according to McAdams, if only because they have more time and resources and aren’t stuck waiting tables and working behind the counters themselves.

“It’s a real sort of Catch-22 because [small restaurants] want to improve and attract people, but their tires are stuck in mud,” said McAdams.

While Migliarese said he recognizes these policies may be cost-prohibitive for some restaurant owners, he recommends those who can afford to offer them do.

In part, he said, this will help contradict a long-held stereotype that serving and cooking are second-class occupations that people do on the side of their “real” jobs.

“That’s not fair,” said Migliarese. “I feel like if people make this their career, then let’s treat it like it’s their career, let’s offer them what businesses offer.”

Walking 8,200 steps a day may lower your risk of chronic disease

Sat Oct 29 , 2022
Share on PinterestA new study suggests walking 8,200 steps a day is the threshold at which you begin to lower your risk of chronic diseases. Ceres Van Hal/EyeEm/Getty Images New research based on fitness tracker data adds specificity to our current understanding of how many steps a person should walk […] 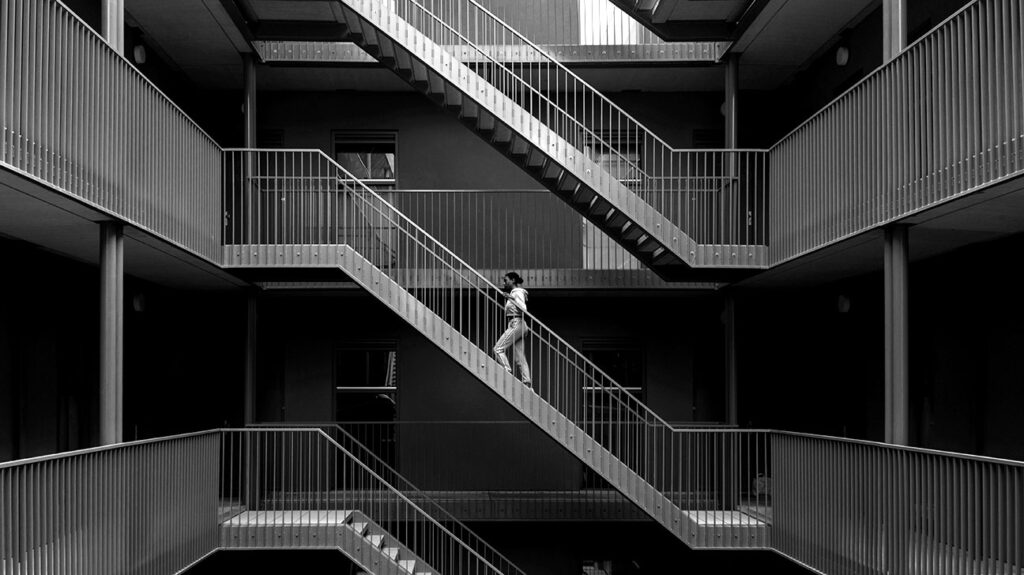