A drug that is approved for treating gallstones and liver conditions inhibits cells’ ACE2 receptors, which the coronavirus’ spike protein binds to

A drug that targets the coronavirus’ entry point into cells could protect against the infection as new variants emerge.

Existing treatments and vaccines work against SARS-CoV-2 itself, raising the risk that these will become less effective as the virus mutates and evolves to evade immunity.

Fotios Sampaziotis at the University of Cambridge and his colleagues were studying conditions that affect bile ducts when they found that a molecule called FXR regulates the activity of the ACE2 receptor. Present on the surfaces of many cells, SARS-CoV-2’s spike protein binds to this receptor to gain entry into cells.

In turn, the researchers confirmed previous findings that the drug ursodeoxycholic acid (UDCA), which is approved to treat gallstones and liver conditions in the UK and the US, regulates FXR.

To test UDCA’s potential regarding covid-19, the researchers gave nine hamsters the drug at a similar dose to that given to humans. Six other hamsters were given a saline solution. One week later, the animals were put into a cage with hamsters that were infected with the delta coronavirus variant.

Four days later, the hamsters were euthanised and the team analysed their lung samples for SARS-CoV-2’s genetic material. One-third of the hamsters treated with UDCA caught the virus, compared with all the animals given the saline solution.

The hamsters had free access to food during the experiment. Nevertheless, those given the saline solution had lost about 9 per cent of their body weight four days after catching SARS-CoV-2. In contrast, the animals treated with UDCA gained some weight by the end of the study. This suggests that, even among the UDCA-treated hamsters that caught covid-19, the drug reduced its severity.

“The drug will not fully prevent any virus entering cells, but it prevents how much virus enters cells and how much it replicates,” says Sampaziotis.

Next, the team tested UDCA on a set of human lungs in a laboratory. The lungs, which were functioning via a ventilator, came from an organ donor but weren’t suitable for transplantation.

Six hours later, levels of ACE2 in the UDCA-treated lung had roughly halved, on average, while little change occurred in the control lung.

Neither the mice nor the lungs’ organ donor were immunocompromised, but a drug like UDCA could particularly benefit people with suppressed immune systems, who may launch less of an immune response after being vaccinated against covid-19.

Some people with suppressed immune systems are offered the treatment Evusheld to prevent covid-19. This contains antibodies that bind to ACE2, preventing SARS-CoV-2’s spike protein from attaching to the receptor.

“ACE2 is like a doorway, which lets the virus go in the cell,” says Sampaziotis. “If you manage to close the door, this means the virus can’t replicate itself and we could prevent the infection in a way that doesn’t rely on the immune system.”

UDCA can’t replace vaccination, which is the best method we have for preventing covid-19, but the treatments could work together to reduce an individual’s risk, says Sampaziotis.

The researchers are working to set up clinical trials to determine if UDCA’s effects in animals and human organs translate to people.

More on these topics: 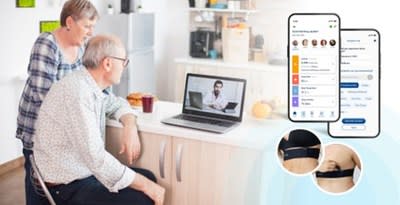