A letter to the Biden administration jointly penned last week by 33 medical groups, that include the American College of Emergency Physicians (ACEP) and Emergency Nurses Association (ENA), paints a devastating picture of the ongoing crisis that is overtaking emergency departments across the country. EMT Giselle Dorgalli, second from right, looks at […]

A letter to the Biden administration jointly penned last week by 33 medical groups, that include the American College of Emergency Physicians (ACEP) and Emergency Nurses Association (ENA), paints a devastating picture of the ongoing crisis that is overtaking emergency departments across the country.

The letter was sent to President Joe Biden with a copy to Secretary Xavier Becerra of the Department of Health and Human Services and Secretary Alejandro Mayorkas of the US Department of Homeland Security.

The letter’s authors asked for a summit of health care leaders to carry out urgent collective action to address the evolving crisis, in which “Emergency departments (EDs) have been brought to a breaking point.”

There has not been a word by the Biden administration in response to the nine-page letter. In the wake of the midterm elections, prosecution of the war in Ukraine and otherwise pursuing the interests of American imperialism remain foremost on the White House’s agenda. While all its attention goes to foreign policy, all mitigation measures against the COVID pandemic have been lifted ahead of what is likely to be a devastating winter of disease and death.

After acknowledging the impact of the pandemic on the population and frontline health care workers, the letter begins by stating: “Our nation’s safety net is on the verge of breaking beyond repair; EDs are gridlocked and overwhelmed with patients waiting—waiting to be seen; waiting for admission to an inpatient bed in the hospital; waiting to be transferred to psychiatric, skilled nursing, or other specialized facilities; or, waiting simply to return to their nursing home. And this breaking point is entirely outside the control of the highly skilled emergency physicians, nurses, and other ED staff doing their best to keep everyone attended to and alive.”

As the ACEP notes, the number of patients who are being held in emergency departments awaiting care, also known as boarding, has reached a crisis level. The letter underscored that the staffing levels are dangerously low and wait times are worse now than at any other point in the pandemic. The Joint Commission has defined boarding as “the practice of holding patients in the emergency department or another temporary location after the decision to admit or transfer has been made.”

Current standards require that boarding times not exceed four hours, to avoid increased mortality and length of hospital stays. The violation of the “standard of care” is a particular problem for the poorest sections of the working class, especially those who lack health insurance or find it difficult to access their primary care practitioners.

The ACEP wrote on its website, “Emergency care teams are strained to their limits. Demand for emergency care and services show no signs of slowing as we head straight towards this winter’s ‘triple threat’ of flu, COVID-19, and pediatric respiratory illnesses like RSV that are filling emergency departments. The influx of patients only piles more stress onto the shoulders of emergency physicians who are doing all they can to treat anyone who needs them.”

As one anonymous ED physician explained to the ACEP, more than half of ED beds at their facility are filled with boarder patients. At one point, there were 35 boarders in a 22-bed ED and an additional 20 patients in the waiting room. Average patient boarding times ran to 70 hours, or almost three days, and the longest patient stay last month was over 200 hours.

The doctor added, “In addition, we have patients who unfortunately have died in our waiting room while awaiting treatment. These deaths were entirely due to boarding. Our boarding numbers have unfortunately skyrocketed in the wake of COVID as a consequence of increasing surgical volumes and decreasing inpatient nurse staffing. Our tertiary care center is crippled with no end in sight.”

Another wrote, “We are a 38-bed ED, usually with 30-40 patients in the waiting room and many EMS patients waiting for rooms in the hallway. Patients come in agitated, acutely psychotic, occasionally violent. We cannot provide these patients with high-quality medical care when they are waiting for a bed for hours/sometimes days. We also have critically ill patients requiring a higher level of care who have to wait in the hallways.”

Emergency room physicians have been asked to tend to someone in the waiting room or even a patient’s car because there is no room for them to sit. Often their condition is rapidly deteriorating, requiring emergency cardiopulmonary resuscitation. Sometimes the individual has even been found slumped over, having expired several hours before, unnoticed.

Last month, a charge nurse named Kelsay Irby made headlines by placing a 911 call from inside the emergency department (ED) of Saint Michael Medical Center in Silverdale, Washington, to the Central Kitsap Fire and Rescue. She told the firefighters that the staff in the (ED), “we’re drowning” in patients. They had only five nurses to care for 45 patients in their waiting room, many with cardiac and respiratory ailments. She was requesting assistance to render aid to the ED.

The nurse told the press, “I didn’t recognize the impact of what I was doing that night, and I was simply working my way down a list of possible sources of help for my coworkers and ultimately our patients.” According to the local press, the hospital employs about 180 contract workers but seeks to fill about 300 positions. Although an unconventional appeal for help, the case in Silverdale only underscores by way of an example the crisis of health care and staffing shortages affecting every region of the country.

A study conducted by Penn State and the University of California, San Francisco on the association between emergency department crowding and inpatient outcomes, they found that, on average, about 2.6 percent of hospital patients died during their stay. When ED occupancy climbed, the rate of inpatient deaths also rose. During peak occupancy in the ED, the rate of inpatient deaths reached 5.4 percent, or two-fold higher.

A critical report published last year in the New England Journal of Medicine (NEJM), titled, “Emergency department Crowding: The Canary in the Health Care System,” argued, “While often dismissed as a mere inconvenience for patients, the impact of ED crowding on morbidity, mortality, medical error, staff burnout, and the excessive cost is well documented but remains largely underappreciated.”

COVID, Capitalism, and Class War: A Social and Political Chronology of the Pandemic

Mehring Books, the publishing arm of the Socialist Equality Party (US), is proud to announce the publication in epub format of Volume 1 of COVID, Capitalism, and Class War: A Social and Political Chronology of the Pandemic, a compilation of the World Socialist Web Site‘s coverage of this global crisis.

The authors of the report summarized their findings:

The economic forces that lead hospitals to restructure their operations also inevitably lead to high censuses and drive the overcrowded conditions in the emergency departments due to “access block” or inability to admit patients to the hospital to receive definitive care.

The last two decades have seen a repeated process by which larger health systems consolidate their operations through the process of mergers and acquisitions, a product of “market-share motivations and financial survival,” as the report notes. The ensuing cutbacks in overall capacity (”efficiencies” generated by the mergers), impact the hospitals’ ability to manage surges in patient volumes and decrease the overall capacity for care.

The authors of the NEJM report note, “ED visits in the last two decades have strongly outpaced population growth. However, admissions rose 21 percent during this time frame while acute care hospitals and staffed beds decreased by seven percent and 11 percent, respectively. Total EDs have decreased, and inpatient bed capacity has decreased by 27 percent, to 2.41 from 3.32 per 1,000 population.”

The impact of the pandemic on a downsizing health care system has been massive attrition in the health care force. Nearly 334,000 nurses, physicians, and health care workers left their positions in 2021 due to heavy patient loads, burnout, and anxiety that their efforts do not seem to stem the deluge of ever-sicker patients pouring into the hospitals. In turn, these leave a smaller pool of professionals with experience in the workforce, which further aggravates the cycle of burnout.

In the letter to Biden, the health care organizations write, “Though stress is a given in emergency medicine, the burnout rate is of tremendous concern and causing additional strain to an already crippled health system. Shift work, scheduling, risk of exposure to infectious disease, and violence in the emergency department can all affect the mental health and wellbeing of the physicians and nurses. Coupled with overcrowding and boarding in the ED, health care professionals are now facing stresses and moral injury that go well beyond everyday practice.”

Emergency departments were introduced into the health infrastructure in the 1950s and 1960s to cope with acute medical conditions where early diagnosis and intervention can make the difference between life and death. However, the crisis of capitalism and the financialization of the medical system have crippled health care delivery. The overcrowding of EDs and burnout of the health care workforce are symptomatic of these processes. The warning in the letter to Biden only underscores the need for a socialist reorganization of health care so that medical workers can do once more what they are best at—saving lives.

Sign up for the WSWS Health Care Workers Newsletter!

Fri Nov 18 , 2022
If you’re one of Rita Ora’s 16.1 million followers (caj), you’ll know she’s big into her fitness. If she’s not training with Rebel Wilson’s PT Jono Castano, she’s sharing vids of herself crushing a reformer Pilates class. Either way, she’s one of *those* people who makes it look easy. Add […] 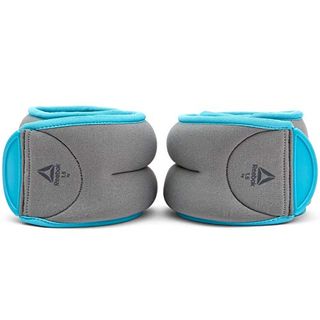