The Covid-19 pandemic has, in many ways, been healthcare’s finest hour. Clinicians performed miracles as they battled to understand a new disease, learning as they went along the techniques and ap­proach­es that gave patients the best chance of survival. But, for all this quiet heroism, the crisis also turned a […]

The Covid-19 pandemic has, in many ways, been healthcare’s finest hour. Clinicians performed miracles as they battled to understand a new disease, learning as they went along the techniques and ap­proach­es that gave patients the best chance of survival.

But, for all this quiet heroism, the crisis also turned a harsh spotlight on the deficiencies of health systems. In the west, at least, the burden of infectious disease has receded in recent decades and, as populations have aged and obesity has become a global scourge, the focus of many policymakers has been on the importance of primary care and prevention services.

Covid underlined the crucial role a well-resourced secondary care sector must continue to play. And, in the process, it revealed fundamental problems in the way some hospitals are laid out and equipped — while raising questions over whether staff have the skills they need to navigate this new pandemic era.

Nigel Edwards, chief executive of Britain’s Nuffield Trust, who has recently led work on the lessons from the pandemic for hospital design, argues that successive administrations sought to build hospitals as inexpensively as possible. This led to decisions that proved highly problematic when hospital staff were forced to deal with a tsunami of infected patients.

In the tax-funded UK system, a “focus on minimising the capital cost, as opposed to thinking about the long-term lifecycle costs of buildings, means that buildings built in the 1960s, 1970s and, to some extent, the 1980s have narrow corridors and low ceilings, meaning they have insufficient space to put in ducting and ventilation”, he says. This made it harder, for example, to pipe in sufficient oxygen for Covid patients who needed respiratory support.

As governments sought to keep costs down, hospitals were often built without decent facilities for staff, and few single bays for patients, which complicated the task of controlling the spread of infection. These conditions may explain “some of the relatively high levels of in-hospital transmission that were seen in the UK”, Edwards says. 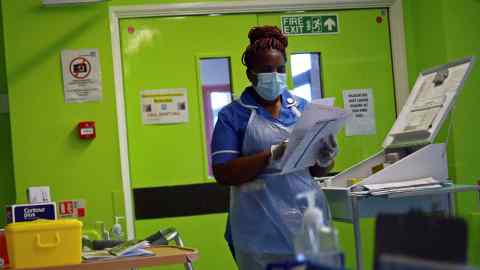 Research in the developing world similarly points to the importance of securing sufficient supplies of oxygen and other low-cost interventions. Researchers led by the Center for Global Development (CGD), a non-profit think-tank in Washington and London, and the London School of Hygiene & Tropical Medicine, used Tanzania as a case study. They found the approaches that were successful and cost-effective included: monitoring patients’ vital signs to identify critical illness; providing oxygen therapy and intravenous fluids; and positioning unconscious patients to maintain a free airway.

The study estimated that treating patients in this way cost $10.83 and $32.84 a day for severely and critically ill patients respectively. “This compares with our estimated $297.30 per patient-day for treatment of critical patients with advanced critical care,” such as ventilation and a stay in intensive care, the researchers say.

Work under way in Kenya suggests similar comparative savings will be achieved there.

“Most of the benefit of treatment is treating a large number of people with moderate Covid early, so they never get to [the intensive care unit],” says Peter Baker, a CGD policy fellow and assistant director who was part of the research team. “You save huge amounts of money and a lot of lives with that.”

Providing appropriate hospital care, however, will also make new demands on clinical staff, he adds. They will be required to spot when a patient needs to be escalated to intensive care. 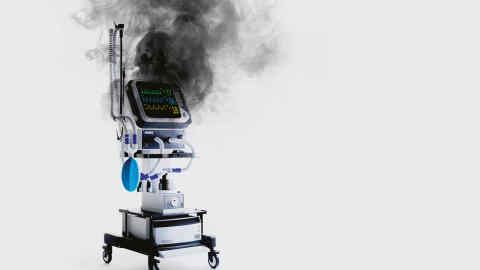 Across the world, Baker explains, “we learnt that the skill sets of many of our staff were not adequate in relation to the identification and treatment of the acutely ill.” He says: “It’s not necessarily about staffing. It’s about soft skills and training.”

As ever in healthcare, though, hard decisions will be needed about where to direct scarce funding in the years to come. “In most countries, they’ve only got so many dollars to spend and they have to choose between investing in hospital expansion or primary care expansion. And that’s quite a difficult choice,” Baker notes.

However, there are signs that pandemic-battered nations are looking for ways to inject more public money into healthcare — potentially easing that dilemma. Robert Yates, executive director of the Centre for Universal Health at Chatham House, a London-based think-tank, is encouraged by a new drive among governments towards providing universal health coverage.

“A number of countries are recognising that you cannot run an effective health system on a public health spend in the order of 1 per cent of gross domestic product or even less,” he says. On the back of the pandemic, the case for publicly financed healthcare “has never been stronger”, argues Yates, who is leading a commission designed to press that case around the world.

He cites the example of Egypt, which has recently announced that it will accelerate universal health reforms. Meanwhile, Malaysia, which has, until now, relied on a patchwork of health insurance schemes, “has realised, at the end of the day, the state needs to finance primary healthcare”, Yates says. The country has recently published a white paper in which it says it is “going to increase public spending to 5 per cent of GDP, which is great — you can do a lot with that”, suggests Yates.

In many respects, he argues, the Covid pandemic has catalysed a new generation of publicly financed universal health reforms, which should improve healthcare across the board, from prevention to secondary care.

“We’re seeing countries at all income levels looking to increase healthcare coverage, recognising that public financing is the only way to do it,” Yates notes. “Thankfully, health systems and politicians and populations have learnt lessons from the pandemic.”

8 Low-Stress Jobs With $100K Salaries and Their Qualifications