HYANNIS, MA — Cape Cod Hospital officials said cuts to its midwifery program do not eliminate services for expectant mothers but are part of a realignment intended to expanded maternity services at the hospital. Starting Nov. 16, midwives will be available at the hospital only from7 p.m. to 7 a.m., […]


HYANNIS, MA — Cape Cod Hospital officials said cuts to its midwifery program do not eliminate services for expectant mothers but are part of a realignment intended to expanded maternity services at the hospital.

Starting Nov. 16, midwives will be available at the hospital only from7 p.m. to 7 a.m., Monday through Friday, cutting their in-hospital weekday availability in half, a spokesperson for the Massachusetts Nurses Association said. With the cuts, midwives, will be available 24 hours a day only on weekends.

Prior to the response from Cape Cod Healthcare, the Massachusetts Nurses Association decried the decision and said its coming at a time when the hospital is seeing an increase in the number of babies it’s delivering. From April to September, the hospital has seen a 38.32 percent increase in baby deliveries compared to the same months in 2019. But Cape Cod Healthcare CEO Michael Lauf in a news conference Wednesday said its maternity program now includes more obstetricians than ever, especially during “the highest acuity times on the unit.”

“We have restructured the department a little bit, a certified obstetrician in the hospital in the evenings and weekends supplemented with nurses and midwives,” Lauf said. “We see this as an expansion of the service we are providing and not a contraction. We thought this was a very proactive gesture.”

Jennifer Johnson, a spokesperson for the Massachusetts Nurses Association said she expects to hear more about Cape Cod Healthcare’s plan Thursday but said that any restructure that doesn’t involve the restoration of midwives’ hours is a cut.

“The absence of midwives during weekday shifts means that expectant mothers who have chosen to be under the care of a midwife will no longer have access to those same care providers during their labor and delivery — unless a soon-to-be mother is lucky enough to go into labor either at night or on a weekend,” said a spokersperson for the Massachusetts Nurses Association . “Otherwise, new babies will be delivered by obstetricians.”

“It’s limiting choices for women, it’s limiting the care and changing the culture and the vibe to more of a medical culture, and that’s not what all women want,” a midwife at Cape Cod Hospital told Patch. “This is not good for low risk patients.

Lauf argued the level a care doesn’t change and that doctors, nurses and midwives always worked as a team at Cape Cod Hospital to ensure each and every mother receives the appropriate level of care given their unique circumstances.

“We’ve always worked as a collaborative team,” Lauf said. “We never actually guaranteed that a midwife or nurse would deliver their baby, while the vast majority of time, there would be a nurse and midwife present. Most understand that a nurse or midwife would be available to them.”

The Cape Cod Hospital midwife acknowledged that collaboration has always been an important part of the program. She said the nurses at the hospital have always done a wonderful job and have made midwives’ jobs easier.

But when the midwife was first made aware of the hour changes, she had hoped that their collaborations with the hospital administrators would also be valued.

When the restructure was first announced to the midwives, they presented a compromise. The midwife said they met with administrators and wanted a hybrid solution that still offered some midwife services during the day, as well as nights and weekend. But ultimately the original plan was the one chosen.

“I’ve been working full time in the pandemic and to have that not valued and the fact I’ve been there for many years, it’s a huge slap in the face,” the midwife said. “I’ve personally never felt so undervalued as a human being.”

The nurse’s association credits the influx of pregnant woman at Cape Cod Hospital to the closure of Falmouth Hospital’s maternity ward in April. The closure forced expectant mothers in the upper Cape to travel to Hyannis for maternity services.

Nurses and residents argued closing the facility reduces access for expectant mothers, putting them and their children in danger. But the Falmouth Hospital Association, a part of the Cape Cod Healthcare network, argued there will be no negative impact from closing the wards in a plan submitted to the Massachusetts Department of Public Health

“Services at Cape Cod Hospital meet or exceed those which are available at the (Falmouth) Hospital, both before the proposed closure and otherwise,” the plan read.

Nurses argued the new cuts at Cape Cod Hospital raise questions on if pregnant women on the Cape will get the appropriate level of care they need, especially since the region has seen its population increase during the coronavirus pandemic as people look to relocate from more densely populated cities and towns.

“When CCHC closed the maternity unit at Falmouth, we knew we would see a significant increase in deliveries in Hyannis,” nurse Michelle Walsh said “At the very least we have been expecting to deliver 300 more babies this year. Little did we know that CCHC would make things worse by cutting patients’ access to midwives at a time when the Cape’s lone maternity unit is already understaffed and overwhelmed.”

Thu Nov 26 , 2020
The German coach treated himself to a “really cool” hair transplant a number of years ago and recently had his teeth touched up as well Jurgen Klopp has overseen a number of makeovers during his career, having revived the fortunes of Borussia Dortmund before bringing Liverpool back to the summit […] 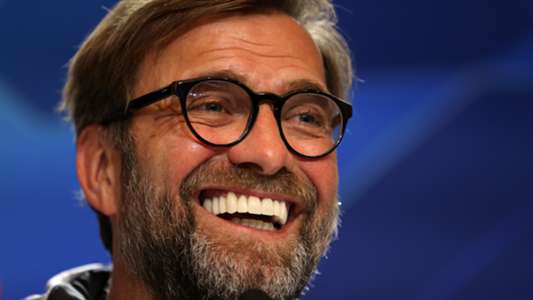