TORONTO (Reuters) – Canadian hospitals are straining to care for an influx of sick children, many with respiratory illnesses, in the midst of staffing constraints and as a shortage of children’s over-the-counter medication sends more kids to hospital. Hospitals across the country are reassigning staff to pediatric care and putting […]

TORONTO (Reuters) – Canadian hospitals are straining to care for an influx of sick children, many with respiratory illnesses, in the midst of staffing constraints and as a shortage of children’s over-the-counter medication sends more kids to hospital.

Hospitals across the country are reassigning staff to pediatric care and putting children in other parts of hospitals, from post-partum to adult wards, to grapple with the increased volume of young patients.

The Canadian government said on Friday it has approved three proposals to import pediatric acetaminophen and ibuprofen and is looking into alternative sources of pediatric amoxicillin, an antibiotic that has also been in short supply.

Hospitals in Ontario, Canada’s most populous province, have been told to increase their pediatric capacity by at least 50%, hospital spokespersons said.

“Words like ‘crisis,’ ‘historic,’ ‘unprecedented’ have almost gone from signal to noise,” said Ronald Cohn, chief executive officer of The Hospital for Sick Children in Toronto, the largest children’s health centre in Canada.

“(But) we are seeing a historic and unprecedented number of children coming to our emergency room (that are) also having to be admitted.”

British Columbia has set up a group across the Western Canadian province to manage pediatric resources and respond to heightened demand.

In Manitoba, pediatric patient volumes have increased and the children’s hospital in Winnipeg, the largest city in the province, has temporarily reassigned staff to the pediatric intensive care unit and put a call out for overtime shifts, a spokesperson for Manitoba’s health organization said.

Earlier this month, Quebec’s provincial government opened a pediatric triage hotline, which has received more than 10,500 calls so far.

Canadian jurisdictions have dropped most pandemic health measures and have been reluctant to reinstate them. Doctors, however, are urging people to wear masks as the cold, flu and COVID-19 season kicks into high gear. A CTV/Nanos poll released last week found that seven in 10 Canadians would support a mask mandate.

Kingston Health Sciences Centre in Ontario is training health workers to treat the youngest patients and trying to ramp up its pediatric inpatient ward to 200% capacity and its pediatric intensive care unit to 150% after the province’s directive this week, said Jason Hann, the centre’s executive vice president of patient care.

“We’re quite limited in our health human resources, so it’s a lot of work,” he said, adding that the hospital has patients in sunrooms and children in its post-partum ward.

“It’s always a concern with an overburdened system that patients may not get the care they need as soon as they need it.”

A staffing shortage in Canada’s public healthcare system, due in part to pandemic burnout and what physicians characterize as long-term underfunding, has compounded the crisis.

Last week, the Children’s Hospital of Eastern Ontario in Ottawa opened a second pediatric intensive care unit to cope with the growing number of young patients coming to the hospital sicker.

“We need kids to stop getting sick, to be honest. We’ve got to stem the tide,” said Steve Flindall, an emergency physician at a Toronto-area hospital where emergency admissions keep “breaking and re-breaking records.”

Putting staff accustomed to caring for adults in charge of children could be challenging because doses and equipment differ, as do what constitute safe vital signs, Flindall said.

Edmonton pediatrician Tehseen Ladha said one of her young patients went home after waiting about seven hours in an emergency department without being seen, only to return to hospital in an ambulance when the patient’s condition worsened. Other sick children have returned to hospital multiple times for the same exacerbated problem.

“I don’t see how this situation is going to improve. There’s no end in sight.” 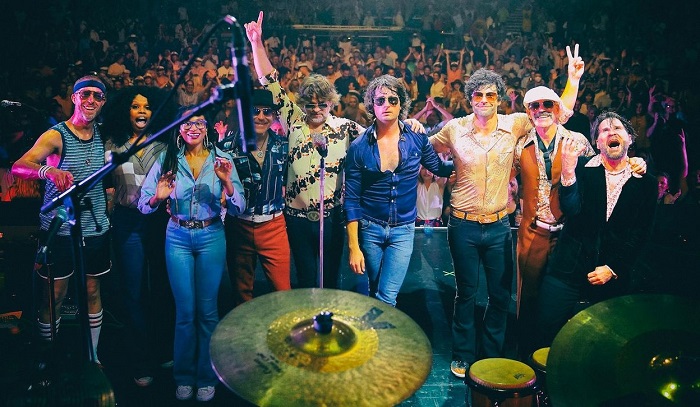