A few months ago I saw a patient who complained of diarrhea and a little sore throat. He also worked in a large public venue. Of course, we all know that COVID-19 can present in some weird ways. Knowing that when I saw him, I ordered a send-out test and […]


A few months ago I saw a patient who complained of diarrhea and a little sore throat. He also worked in a large public venue. Of course, we all know that COVID-19 can present in some weird ways. Knowing that when I saw him, I ordered a send-out test and sent him home as a “person under investigation.”

When his test came back positive a week later I received a call and was asked to follow up with him. But the call also informed me that on the video feed (the video feed?) I was noted to have only my N95, mask, and goggles. The administrative caller was concerned that I hadn’t also dressed out in a face shield and plastic gown, given his positive test. Hindsight being 20/20 of course, I suppose it was a reasonable question. Next, I was gently reminded of that which I already knew; you can’t always know who has it.

I asked, genuinely wondering what the administrative caller expected, “Should I wear a full gown, mask, eye protection, and face shield for every patient?”

“We’ll have to think about that,” was the answer, given a little nervously but gently.

Now, COVID can certainly be a terrible thing. But three points bear attention. The first is that as far as I can tell, even now we don’t have supplies (or indeed time) to fully dress out for every apparently healthy person who enters our emergency departments without some particular suspicion for “the Rona.” It might be nice but it’s not practical.

The second is that we don’t have “real-time” tests for everyone. We just don’t. And we may never. Like all tests, they have to be used judiciously. (Except for CT scans. Everybody seems to get one of those!)

The third, and the point of this commentary, is this: just how much watching should we endure? There are cameras everywhere in hospitals across the land. In hospital entries, hallways, treatment areas, and even staff break rooms. And those cameras are being watched, or their recordings reviewed, by someone. I know this, not only from my recent experience but from another facility where I worked.

In that “worker’s paradise” nurses were not supposed to have anything of their own at their desks; not even purses, much less food or drink. When they did sneak a snack, a call might come from security, informing them that their transgression had been noted and recorded. They were to cease and desist from nutrition unless they were on an official break in another area of the hospital. (And we all know how common those are in the emergency department.) Mind you, this was pre-COVID.

Much like people who work as hand-washing monitors, the watchers are supposed to keep us safe. Safe from our poor decisions, safe from infection, safe from…well, the risk of choking or drowning on food or drink perhaps. And in fact, I have no doubt that the majority of them have no malicious intent. They’re doing the work that they were assigned. They may have misgivings about it as well, for all I know. It is also likely that directives on observation were developed in many committees by many well-meaning individuals.

But I also wonder if patients are cool with being on cameras all the time. Honestly, I don’t know how much of the patient room is visible from the camera in most places. I haven’t done an official survey. I suspect it isn’t much so that HIPAA is not violated.

And after all, we tell patients and visitors not to take video in the ED. We caution one another not to do it. But for what video we do have, however limited, I have to wonder just who has access to it? In what manner are they vetted to watch it? How long is it stored? Is it safe from prying eyes? Is it safe from the internet? (I mean, what is these days, right?)

I also wonder, do we physicians consider it acceptable? Is it just another thing we have to accept in a contracting job market? Years ago I predicted in a column that the day would come when all of our patient interactions would be recorded on video. That day is rapidly approaching. Are we at ease with the idea of having those in authority over us sit in offices and critique our care, our attire, our every behavior? Maybe so. Maybe, when you need a job badly enough, you just smile for the camera.

I suppose that as an old, curmudgeon Boomer I’m just sensitive to that sort of thing. I don’t like the idea of surveillance. Hidden cameras, in my paranoid mind, are on a par with wiretaps. (And get off my lawn, you lousy kids!)

Maybe I’m even more sensitive because I know hospital employees in other places who are told that their social media feeds are checked by their employers. Thus, not only their actions at work but their ideas away from work are watched.

And the “watchers” thus become judges of the mere mortals who stand at the bedside, make life or death decisions, expose themselves to physical danger and infection, rescue the dying or pronounce them dead, and then scurry away to document it all. Furthermore, those mere mortals actually do the things which pay the salaries of the people watching them.

I think I’d feel better about it if, somewhere in the physician’s area, there were a camera with a video feed that constantly monitored the activities of the administrative staff. And if, alongside it, there was a phone number to call and make suggestions about how to make things more efficient there. Surely we clinicians are as qualified to do that as others are to monitor us, no?

I have no doubt that many industries use video to review what happens in the workplace. I get it. Particularly in physically dangerous workplaces or areas at risk for crime.

But ours is one in which privacy is paramount. And ours is also one where we are tasked and trusted to provide complex care in difficult situations, some of which are either shocking, traumatic, embarrassing, or all three at once.

It would seem that in light of that, we could dispense with the cameras and do something truly radical. Trust the staff that is every day, and every night, trusted with the lives of the patients. It’s so crazy it could actually work.

Edwin Leap, MD, is an emergency physician who blogs at edwinleap.com and is the author of The Practice Test and Life in Emergistan.

Tue Dec 1 , 2020
A Black dentist in Manhattan was accused of breaking into his own office and now, he has a lawsuit against the city. Read More: Wisconsin Black man falsely arrested at his own home sues city The New York Post reports Dr. Benjamin Shirley said he was racially profiled back in […] 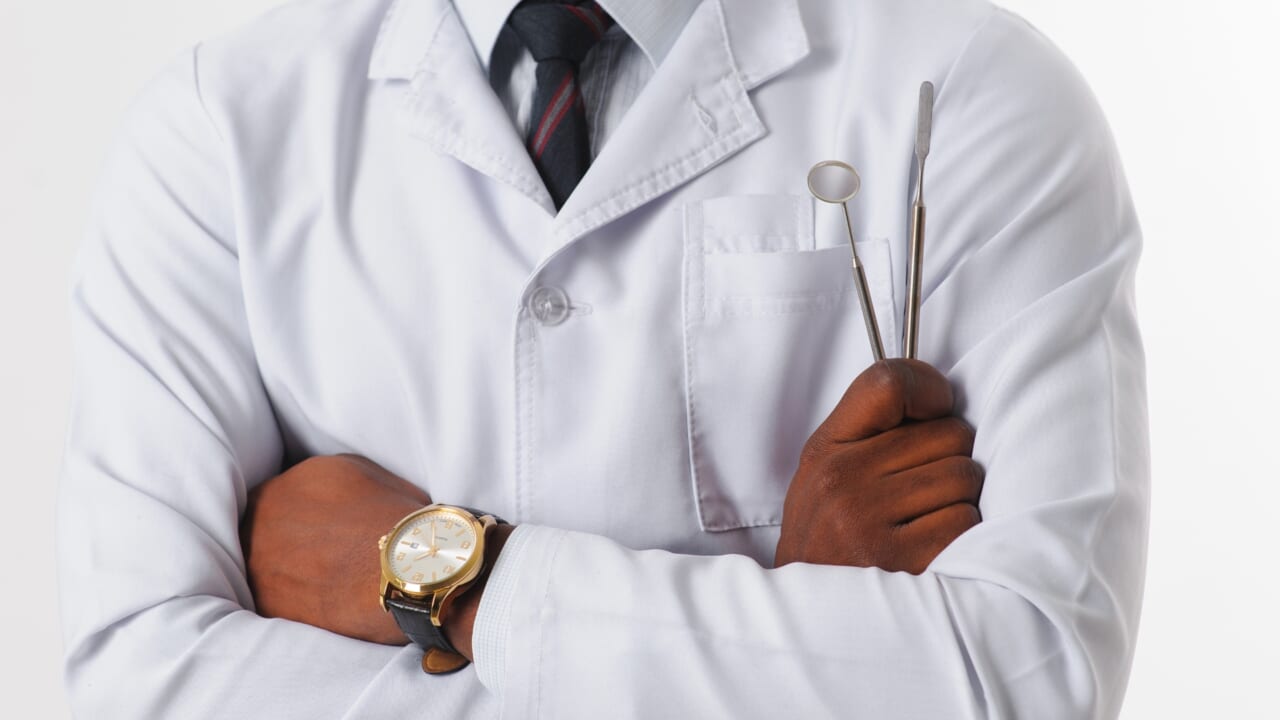