FILE PHOTO: The company logo for pharmaceutical company AstraZeneca is displayed on a screen on the floor at the New York Stock Exchange (NYSE) in New York, U.S., April 8, 2019. REUTERS/Brendan McDermid (Reuters) – Drugmakers Amgen Inc and AstraZeneca Plc said on Tuesday a pivotal trial found that their […]

(Reuters) – Drugmakers Amgen Inc and AstraZeneca Plc said on Tuesday a pivotal trial found that their experimental medication tezepelumab significantly reduced asthma attacks for people with severe forms of the respiratory condition compared to a placebo.

The partners said that the year-long trial met its primary goal in patients with severe asthma who were also receiving standard care, including medium- or high-dose inhaled corticosteroids plus at least one other controller medication.

The drug was also shown to work in a subgroup of patients with low levels of a type of white blood cell, called eosinophil, associated with swelling and narrowing of airways, the drugmakers said in a press release.

“The key thing is that tezepelumab also seems to work in the low eosinophil patient group, which could help it differentiate from Regeneron’s Dupixent and AstraZeneca’s Fasenra, both of which are indicated for the ‘eosinphilic phenotype’,” Mizuho analyst Salim Syed said in a research note, referring to currently available asthma drugs.

The drugmakers said tezepelumab was well tolerated by trial patients, with no big differences in safety results compared to the placebo.

Full results from the trial will be presented at an upcoming medical meeting, Amgen said in a statement.

Wed Nov 18 , 2020
[ad_1] Codner, of Poland, Ohio, ran 26.2 miles around Akron Children’s Hospital on October 17 to raise money for the hospital treating his son, who has 26 months left in his treatment. In early May, Codner and his wife Tristan received a phone call that Andrew had a bed waiting […] 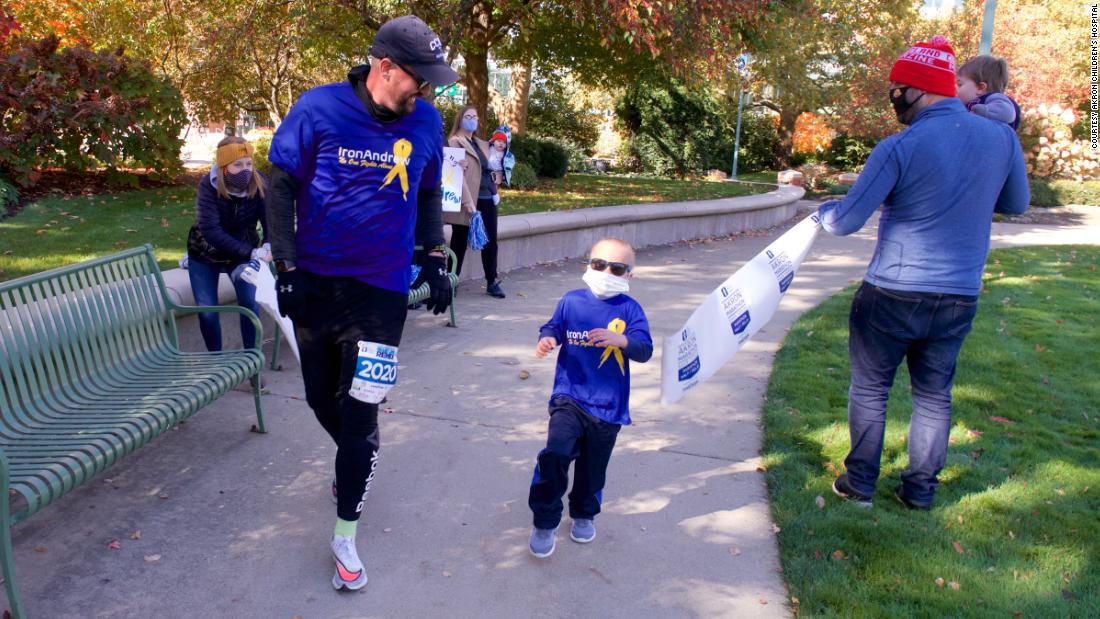