Photos by Nora Edinger Three leaders from the Wheeling Newcomers Club are among hundreds of members over the decades who’ve had each other’s backs as they acclimated or returned to the Ohio Valley. Pictured left to right are past club presidents Janet Joseph and Dr. Mary Marockie, […]

Photos by Nora Edinger
Three leaders from the Wheeling Newcomers Club are among hundreds of members over the decades who’ve had each other’s backs as they acclimated or returned to the Ohio Valley. Pictured left to right are past club presidents Janet Joseph and Dr. Mary Marockie, both of Wheeling, and current president Cindy Greenlee of St. Clairsville.

WHEELING — Life’s pieces can be fitting into place. The job. The house. The school for the kids. But, as anyone who’s ever made a fresh start in a new city knows, the absence of local friends who’ve got your back can be painful.

“When I came here, Hank knew so many people because he was from here, but I didn’t know anybody,” said Dr. Mary Marockie, a former president of the Wheeling Newcomers Club and a member of about 50 years.

But, when the Charleston native and longtime Morgantown resident came to Wheeling in the 1970s, it was for her husband’s job, she said.

She noted that Hank (Henry) Marockie — a Brooke County native who already had a strong Ohio Valley network — was also a natural center of attention as the new Ohio County Superintendent of Schools and, later, superintendent at the state level.

She, in contrast, was relaunching — trying to balance motherhood, the early stages of her career and figuring out everything from whom to hire for plumbing repairs to what day to put out the garbage.

That’s where the Newcomers Club came to the rescue, she said. “I was brought in by a very strong member.

Her husband was the president of Wheeling Steel,” Marockie recalled of that critical helping hand. “Newcomers Club meant a great deal to me because I wanted to meet people.”

She did and suddenly went from outsider to an insider — at least of sorts. “Newcomers is part of my life,” she said.

There may have been societal sea changes since the all-female club was founded in 1940 — and even since Marockie joined in the 1970s — two other club leaders noted.

Some newcomers may be here for their own career move rather than that of a husband’s. They might be relocating remote workers in need of face time. Then, there are the couples who’ve retired to the area in pursuit of quality of life.

But, other things are remarkably the same, they said. Women want friends on the ground in any era.

“A lot of time, people are brought by others as guests. I just came on my own. I did not know a soul,” said Cindy Greenlee, a retired nurse practitioner who moved to St. Clairsville after living in Columbus and Athens, Ohio about a dozen years ago.

Now club president, Greenlee said the band of sisters was critical to her feeling at home in a new place.

“When I did work, I made sure I got Thursdays off,” Greenlee said of attending a monthly lunch meeting that alternates between Wheeling Country Club and Belmont Hills Country Club.

She and another former club president, Janet Joseph — an Ohio Valley native whose local network became tenuous after she spent years living elsewhere to accommodate her husband’s training as a dentist — said some members make a weekly thing out of it.

There are groups within the club dedicated to crafting, day trips to such locations as Fat Apple Bakery in Bridgeport and the West Virginia Penitentiary in Moundsville, books and coffee/tea gatherings. Greenlee recently hosted such a coffee in her home.

Like Marockie, both women have stayed with the club long after that initial stage of acclimation. Joseph, retired from work as a teacher and from Touchstone Research Laboratory, has also been a member for about 50 years.

Extending a welcoming hand to other newcomers is one reason, they noted. But, so is maintaining the club part of their expanding community network.

“I’ve met some of my best friends through Newcomers,” Joseph said. The friendships have stuck, she added.

In addition to socializing together, the women said club members also help each other out if there’s an illness, injury or the other kinds of things that require meals or rides. Marockie noted that Greenlee brought COVID vaccinations to her and her husband so that they would have less of a chance of being exposed to the virus.

“There’s just a lot of very nice and kind women that you could ask to do anything for you,” Greenlee said of the group.

The women said while the Newcomers Club is now primarily composed of members over the age of 50, they are committed to remaining relevant so that newcomers of all ages can tap into the established network.

“For years, when you joined the emphasis was on playing bridge. After meetings, we just did that,” Marockie noted of one way the organization has changed over time. Now, the group has guest speakers or musicians intended to connect new residents with specific elements of Ohio Valley life.

Marockie, who books the presentations, said she enjoys them, as well, even though she has now lived in Wheeling for decades. “I think it also gives me a sense of interest, knowing that I’m going to see people who are going to tell me different things and keep me alert to what’s going on in the community.”

As the group eyes community changes such as a cancer treatment center that is in the planning stages for downtown, the women said they anticipate a potential swell if not surge of new residents that might want their help.

And, Joseph added, there will always be families and singles trickling into the area. One young and recently-joined member — a mom of young children and a remote worker — is such.

Joseph sees the group as one facet of a vibrant community life. “When I joined, I met people my age, my mother’s age and my grandmother’s age,” she said, noting that spectrum led to a particularly strong network.

Wheeling Newcomers Club is open to all women who have lived (including college attendance) outside of the Ohio Valley — defined as Ohio, Brooke and Marshall counties of West Virginia and Belmont County of Ohio.

The club’s next monthly meeting is 10:30 a.m. Dec. 8 at Wheeling Country Club. Readers who would like to register for the lunch and a performance by a string quartet from Wheeling Park High School, may contact Janet Joseph at 304-280-4270. General information is also available on Facebook.


Today’s breaking news and more in your inbox

Recharge Your Home Workout Space With These Easy Hacks

Tue Nov 29 , 2022
It’s hard to get in the mood to exercise when the couch is calling your name just a couple of feet away. And once you take out your phone to pull up a workout video, it may only be a matter of seconds before you’re clearing your email inbox or […] 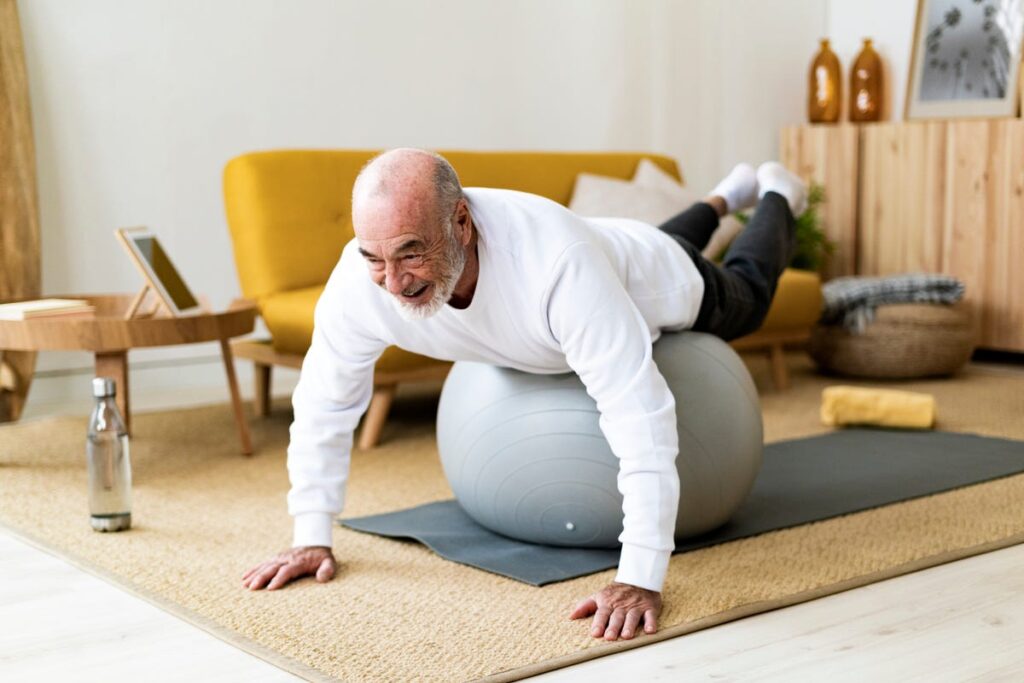